This week on the Wild Blog we have everybody’s favorite DJ, Jenny Greene. Jenny presents “Electric Disco” which is the biggest dance show on Irish airwaves every Saturday night and has been a mainstay for Irish Clubbers for the past 12 years. The hugely popular radio show was then made mobile with The Electric Disco Tour taking to the roads and is now the most in-demand night club booking in the country. In 2011 the show picked up the “Best Radio Show” award at the Irish Dance Music Awards in Dublin. The show got so much attention that it also led to an album release back in 2009. The hugely successful “The Electric Disco” compilation album through EMI records, an unmixed double CD of Jenny’s favorite tracks from her personal record collection. 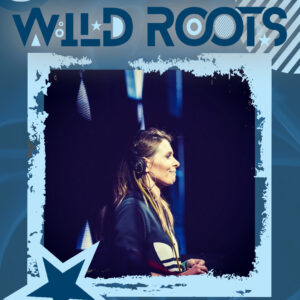 For close to twenty years now Jenny has been a mainstay of Irish dance music starting out DJing very early in life, with her first set of decks at the age of 12. Learning how to mix on vinyl as a teen, to then hanging around dance pirate radio station Pulse FM after school. Her first big break came at the age of 15 as the warmup DJ in The Palace Nightclub in Dublin on Saturday nights. By the age of 17 Jenny was given her own weekly dance column in The Sunday World newspaper and by that same year she became the youngest DJ on radio landing the Weekend Breakfast Show on Dublin station FM104. At 21 she earned herself a spot in the Guinness Book Of Records by breaking the record for the World’s Longest DJ set, which was a monstrous 75 hours long. Throughout these early stages of her career, she honed her craft and by 2007 Jenny made the move to the national broadcaster where she now presents weekly radio shows.

Jenny’s DJ sets and style have evolved over the years to the point that she now sells out festivals and venues across Ireland with the RTÉ Concert Orchestra. What started out as a one-off gig at Electric Picnic in 2016, has become a phenomenon in the Irish dance scene with tickets to the collaborative events highly sought after. The orchestra spends the best part of the shows out of its comfort zone, performing an eclectic array of material of everything from Faithless, Robert Miles’ Children, and a revolutionary rendition of Adagio for Strings. This unlikely collaboration has spawned a whole new appreciation of the classic arts.

Jenny also ventured into music production back in 2012, releasing her debut track “Autumn Gold” to wide critical acclaim. Jenny continues to sell out the biggest venues all across Ireland with DJ sets as diverse as her 2 radio shows, mixing up house, electro and old skool classics. With this so much renowned success in the music industry the future looks very exciting and we cannot wait
to see Jenny perform live at Wild Roots in 2021, Slán go fóil.