Maighread Ni Ghrasta is the powerful vocalist for the duo band Blackbird and Crow hailing from Wild Roots neighbour county Donegal. Maighread leads the vocals while Stephen Doohan plays Guitar, Bouzouki, and the Stomp Box. The pair met in 2014 and discovered their shared interest in American blues, folk, rock and country. Taking these influences, the pair fused them together with a distinct Irish folk twist to create a unique and powerful sound unlike anything else out there. It could be best described as “gothic folk-rock” the sound is honest, raw, and poetic. The pair have released two albums Shock Shatter Convince 2017 and Ailm being 2020. Maighread’s vocals throughout will get under your skin and entice you towards a raw emotional state. She has been going from strength to strength in recent years having already released two albums Shock Shatter Convince 2017 and Ailm 2020 and having played at major festivals including Electric Picnic and Longitude Festival. 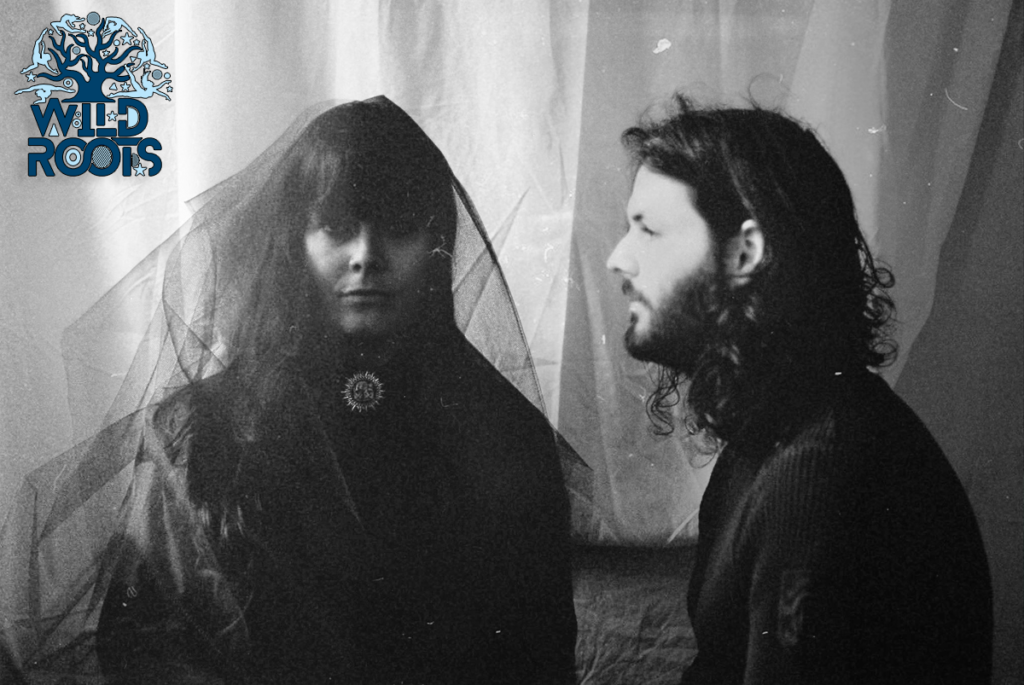 Maighread and Stephen on the Ailm album cover

Maighread is also the former front woman of popular blues band The Beekeepers who are also based in Donegal and are widely recognised as one of the best blues outfits in the North West. Maighread has also toured the United States where she performed in some of Chicago’s top blues venues including Rosa’s in Chicago with Harry Hmura and Sugar Blue. She also stopped off at the world-famous Buddy Guy’s Legends Club where she was joined onstage by The Jimmy Johnson Blues Band. Maighread wowed the audience at the Legend’s Club with Karl Guy quoted as saying “She’s a star! Maighread got up on the stage and blew us all away!! We look forward to having her back!” For the final performance of her tour, at the beautiful Fox farm Winery Venue in Portland, Oregon, Maighread was given this review:

“Our guests were all curious to see what this wee little girl from Ireland could know about the blues… Let me just say, she knows it, she shares it, and she PREACHES it! Somehow Maighread straddled the shadows of Etta James and Janis Joplin and kept the show rolling, and the audience howling for more. Maighread is a wonderful, fiery contradiction: lovely, a young spirit, but an old-soul.”.

With so much praise we cannot wait to see Maighread perform live at Wild roots, Slán go fóill.

Twitter
Facebook
Instagram
Important information regarding cookies
We use cookies to personalise content and ads, to provide social media features and to analyse our traffic. We also share information about your use of our site with our social media, advertising and analytics partners who may combine it with other information that you’ve provided to them or that they’ve collected from your use of their services DATA PROTECTION AND PRIVACY